Performance of the different sectors:

The government approved a new Automobile Policy 2016-2021, which offers tax incentives to new entrants to help them establish manufacturing units. This new Auto policy will attract new car manufactures in the country and build a healthy car competition in the industry. It will also encourage business activities in the associated industrial units, its forward and backward linkages will improve socio-economic condition of common man in the country. 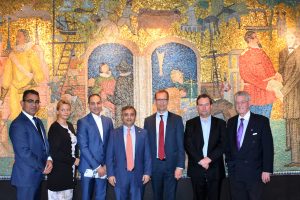