Pakistan – a new growth market for trade and service 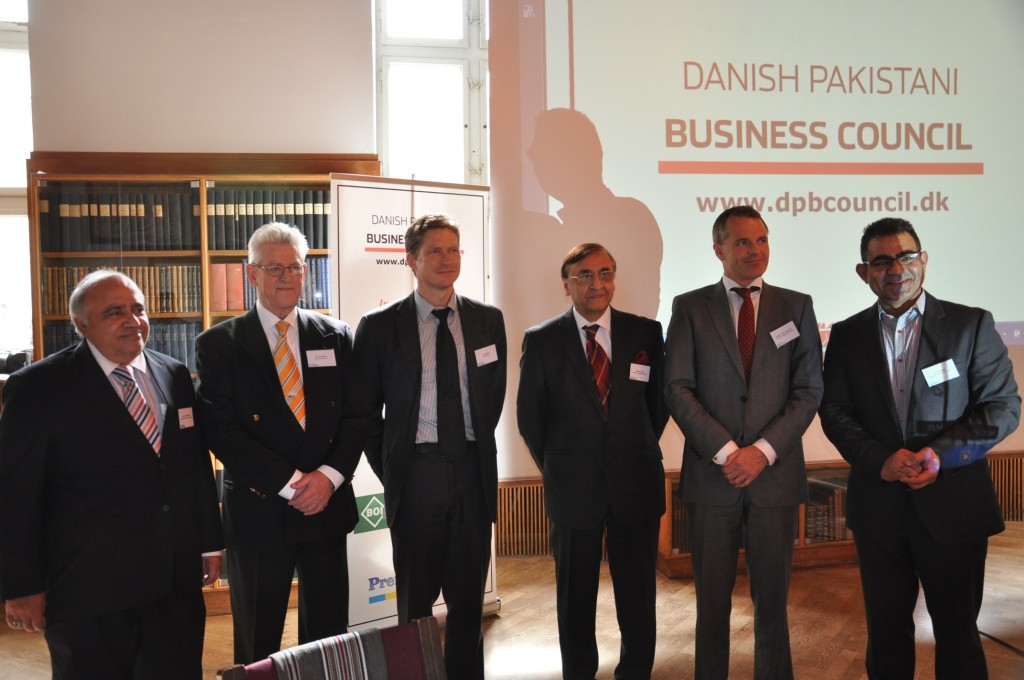 Danish Pakistani Business Council yesterday in collaboration with the Danish Chamber of Commerce, the Pakistani embassy in Copenhagen and the Board of Investment of Pakistan held a very successful conference with over 100 participants from both the Danish and Pakistani business community. It took place at the stock exchange in Copenhagen and the focus was on the business opportunities in Pakistan. The conference will pave the way for greater cooperation between Danish and Pakistani businesses for the benefit of both countries’ export development. There was great interest shown by all the participants. Many new businesses and agreements were linked, and there is no doubt that we will continue to see the positive outcome of this important conference. Among the speakers were Ambassadors, the former Development Minister Christian Friis Bach and several CEOs from major Danish companies. Jens Alsbirk, Director of EU and International Department. Danish Chamber of Commerce was the moderator. On behalf of the Danish Pakistani Business Council CEO Tariq Sundoo thanked the participants, Jens Alsbirk , Jesper Juhl Jensen Danish Chamber of Commerce , the Pakistani embassy in Hellerup and especially those of the presenters who came all the way from Pakistan, including Secretary of the Board of Investment of Pakistan Mr. Imran Afzal Cheema and Ambassador Jesper Møller Sørensen. “Pakistan is a country with great potential in various sectors with a very friendly and liberal investment policy,” said Tariq Sundoo who sees Pakistan as a huge country with many options, and he said that the investment potential of Pakistan has yet not been discovered. Kurt Damsted, Chairman of DPBC quoted the news reported by Børsen on 5 March 2014 , pointing to the growth opportunities in the country. In particular, the growing middle class which is creating new opportunities. Pakistan is developing rapidly and is therefore an interesting market for Danish companies. At the conference the Danish Ambassador to Pakistan, Jesper Møller Sørensen spoke on the recent economic and political developments in Pakistan and the market opportunities for Danish companies. With a growth of 4 % in 2012 and with its approx. 180 million inhabitants, Pakistan is on track to become a major economy and a huge market. “We believe that by intensifying its efforts in Pakistan at an early stage can influence the development of the health system. Obviously it is also a major potential to be in Pakistan right now ,” says Mr Sørensen and suggested Pakistan is under construction after decades of turmoil and one should invest in the country now to take advantage. Novo Nordisk and F. L. Smith have been in Pakistan for more than 25 years. Both Danish giants are aware that it is a market that will be pursued. Novo Nordisk’s chief executive a few months ago was in Pakistan to have a dialogue with the leading politicians and actors in the field – including the Minister of Health. Novo Nordisk’s vice president Niels Lund and Ciklum reported on their experience from many years of commercial involvement in Pakistan. Group Chairman of the Liberal Party and former Development Cooperation Christian Friis Bach spoke about his personal experiences from his official visit to Pakistan.. The Pakistani ambassador Masroor A. Junejo from the Pakistani embassy in Copenhagen rounded seminar with thanks to all participants and presenters.